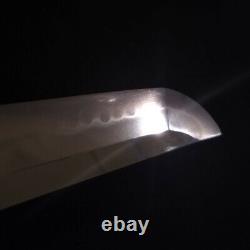 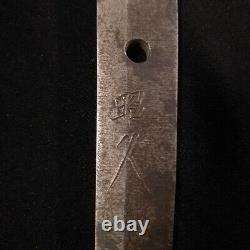 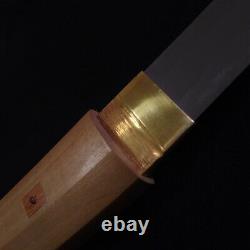 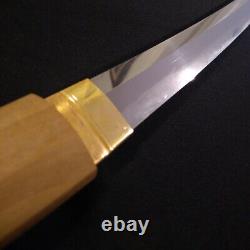 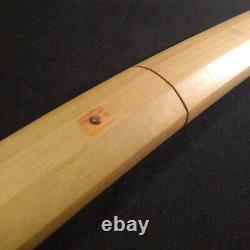 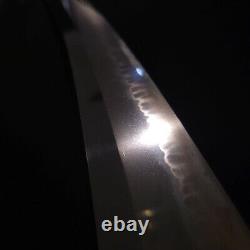 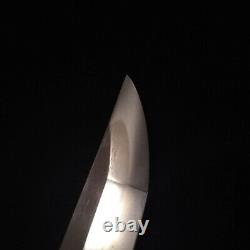 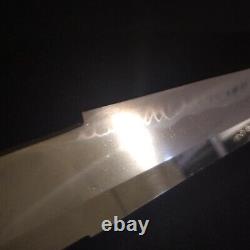 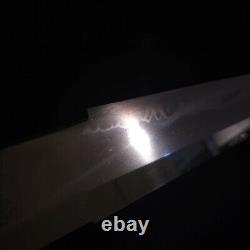 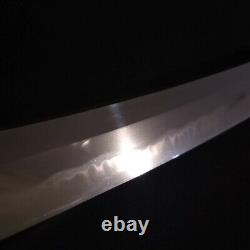 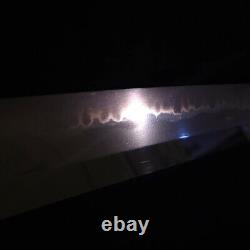 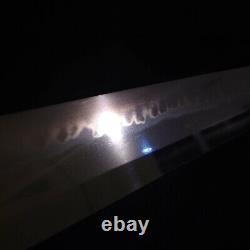 This is a beautiful gendai executed in Bizen-den with a deep and graceful koshi-zori by Akihisa. Born in Meiji 43rd year (1909). Yamagami (Shigetsugu) Akihisa lived in Nishiyama-cho, Niigata province. He worked at the family forge with elder brother Yamagami Munetoshi.

During the war years Munetoshi was considered senior but after the war, Akihisa became more known. In 1934 he became a student of the famous Ikkansai Kasame Shigetsugu, one time head instructor at the Yasukuni Shrine.

Later he was a student at Kurihara Akihide's Nihonto Tanrenjo Denshusho, from whom he got his "Aki" mei. He became a Rikugun Jumei Tosho in 1941.

Both he and his brother occasionally used a circular stamp with "matsu" in the centre on some of their swords, as a trade mark, although it is believed that Shigetsugu personally managed the sale of Akihisa blades. Before WW2 he won Monbu Daijin Sho - Minister of Education Award, Kaigun Daijin Sho - Minister of Navy Award, Rikugun Daijin Sho - Minister of Army Award in the Shinsakuto exhibitions. In 1941 he was awarded Tokubetsu Meiyo Seki - Special Honour Seat in the Army Gunto Exhibition. After the war, in 1954, when the prohibition of sword making was eased, he was one of the limited number of smiths who were granted a sword-forging permit from the Japanese Government and continued his career as a swordsmith. He won many more awards such as Doryoku Sho, Nyusen in the annual Shinsakuto Meito Exhibition while teaching numerous young swordsmiths, including his son, Norihisa.

In shirasaya with bamboo hatomei and excellent gold foil habaki. Any questions, please reach out to raymondsinger at Gmail. The item "Extremely fine Yamagami Akihisa gendaito katana antique Japanese Samurai Sword" is in sale since Sunday, September 27, 2020. This item is in the category "Antiques\Asian Antiques\Japan\Swords". The seller is "swordsofjapan" and is located in Miami, Florida. This item can be shipped worldwide.