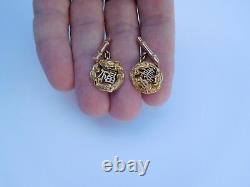 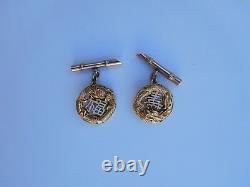 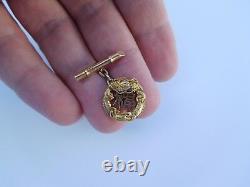 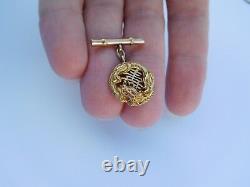 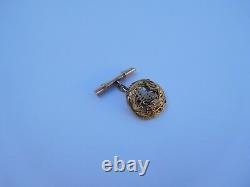 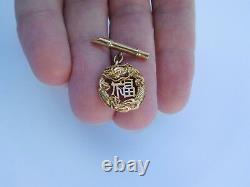 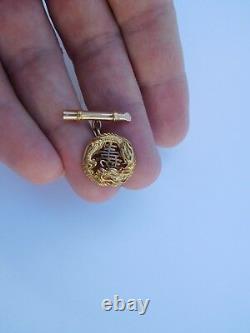 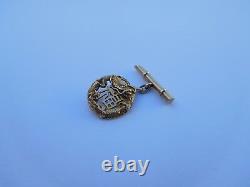 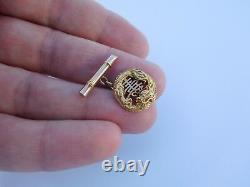 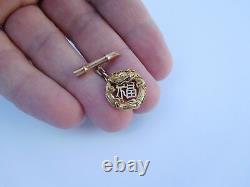 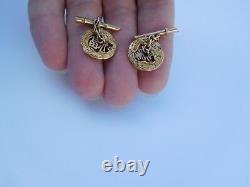 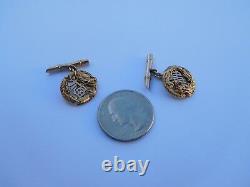 He does not even have the items shown in my pictures, but attempts to create modern forgeries which are crimes against history and those who own the actual jewels! Since ownership gives the current jewel owners the right to their design.

Just like illegally copying movies for illegal sales. The US will soon be completely out of business. Incredible Detailed Intricate Imperial Japanese Meiji 14K Gold Lucky Dragons Asahi Shoten Cufflinks! Fully hallmarked K14, Yokohama seal marks, and the rising sun, early Asahi Shoten hallmarks, from the 1890s when they were located in Kannai Yokohama, before moving to Tokyo, while Yokohama was the best of the best that Japan had to offer in the crafts of silver and gold-smithing. The quality of these cufflinks are So fine and I have seen So many attempts to copy them which indicate that they were regarded as extremely important, very likely belonging to emperor Meiji himself!

I have only seen such quality as western Imperial jewels. Emperor Meiji preferred dressing in the western tradition and was most famous for westernizing Japan, so having worn suits for decades would indicate he had tens if not hundreds of cufflinks and these beauties being one of them would not be too far out, since at one point dragons and the yellow color were once reserve exclusively for the imperial family, what do you think? Each cufflink weighs approximately 4.8 grams for a total weight of approximately 9.6 grams.

The approximate diameter varies from 2 cm to 2.2 cm, and the bamboos are approximately 2.15 cm in length. Each swirling dragon is different with centralized Kanji characters, the one with the dragon head facing inwards has the character for. Jy which translates to longevity thus health, and the other with the dragon head facing. Kanji character Fu which translates to happiness, fortune and good luck.

The dragons are as complete as possible from head to tail with both sides beautifully and masterly detailed so as to be complete dragons as you can observe in the provided images. I have studied thousands of cufflinks and I have neVer encountered beauties such as these with historical dragons, not modern mass produced fake junk for todays pretend to be, but dragons that were historically relevant to a culture that well understood them and their lure which are well presented in these cufflinks, the only relevant dragons in western culture would be the dragons on the front of an actual Viking long boat that date back to the Viking age, so these are as cool a dragon artifact as one could find in the form of cufflinks!!

The details are amazing and sublime, as the photos illustrate each and every angle and distance gives new details and aspects like a never ending story, truly masterfully handcrafted by an exceptional metallurgist and goldsmith, a jewel fit for an emperor! A historical dragon art piece bringing together two vastly different cultures, East & West! Would make and imperial gift or addition to any collection!

Feel free to check out my other Museum Quality Collection! Check out my other DragonZ! Love Dragons & God Bless! The item "Imperial Japanese Meiji 14K Gold Lucky Dragons Asahi Shoten Cufflinks" is in sale since Saturday, June 9, 2018. This item is in the category "Jewelry & Watches\Vintage & Antique Jewelry\Fine\Victorian, Edwardian 1837-1910\Other Fine Jewelry 1837-1910". The seller is "bluefirebreather" and is located in San Bernardino, California. This item can be shipped worldwide.